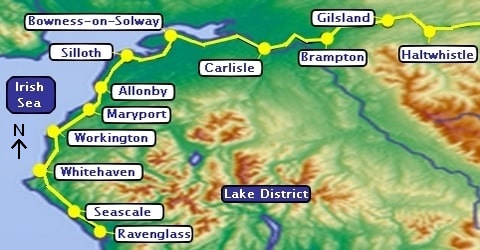 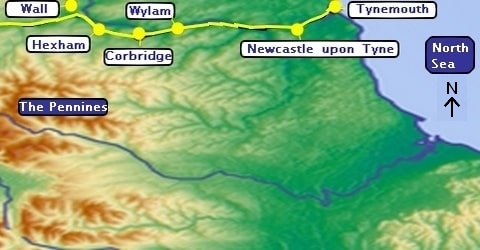 Travelling east from just outside Bowness-on-Solway the route takes you along the entire length of Hadrian's Wall.

The route is fairly flat along quiet countryside roads but you will encounter a few hills approximately half way into the journey.

Along with Vindolanda it's one of the most popular tourist attraction in Northern England.